To be yourself in a world that is constantly trying to make you something else is the greatest accomplishment.
– Ralph Waldo Emerson

When you read, hear or think about David and Goliath, what’s the first thing that comes to your mind? Mighty and small? Huge and tiny? In this situation, David knew who he was and what he was capable of doing. He knew the power, skill and expertise that the Lord had deposited in him.

When it was time for David to face the high and mighty Goliath, Saul placed his battle armor, helmet and sword on David, David couldn’t walk in them because he wasn’t used to such garments. The weapons were not ‘him.’ He was used to being himself (with his bag of stones and sling). He tried to walk in what Saul gave him to wear, but he couldn’t.

Did David just accept it because it was King Saul that gave them to him and proceed to face Goliath? No! He was bold enough to say: “I can’t go in these..I’m not used to them”…So David took them off. He picked up five smooth stones from a stream and put them into his shepherd’s bag. Then, armed only with his shepherd’s staff and sling, he started across the valley to fight the Philistine.” (1 Samuel 17:38-39)

I have been saying this for a few weeks now because it is a message that the Lord has given me for you (for this season):

Know yourself. Be yourself. Don’t put on a garment that is tailored for another. If you do, you can ruin your life and generations to come. So, just be yourself – the person who God has uniquely created, full of purpose and relentless determination.

Be Bold Being You

David prevailed and killed Goliath. David didn’t have any sword. He used what he already knew how to use – a sling and a stone; and that’s what he used to eliminate the high and mighty Goliath with the finest of weapons. Even his own brothers knew his character. His eldest brother Eliab called him “overconfident and headstrong” but David was comfortable in his own skin.

Recognize Who You Are and What You are Capable Of

When you recognize who you are and what you are capable of, you save you. If David had proceeded with Saul’s garments – wearing what was made for another, perhaps Goliath would have prevailed over David. After all, Goliath was used to it already for he had worn and used them for a long time. It is imperative that you know yourself and be yourself.

You are you. Now, isn’t that pleasant? – Dr. Seuss

Multipotentiality: Should You Choose or Pursue Diverse Interests?
The Best Way To Be Productive
The Easiest Way to Say No? Write A List.
Dear Pastor: 5 Things You Are Doing Wrong (and How to Correct Them)

Belinda is a Global Privacy and Cybersecurity Consultant, Corporate Trainer, Writer, and International Speaker with a unique blend of law and technology expertise. In addition, she is a digital entrepreneur, ordained pastor, mentor to women ready to impact their generation. She is the host of Destiny Chats podcast and lives in New York with her family. For consultation , click here 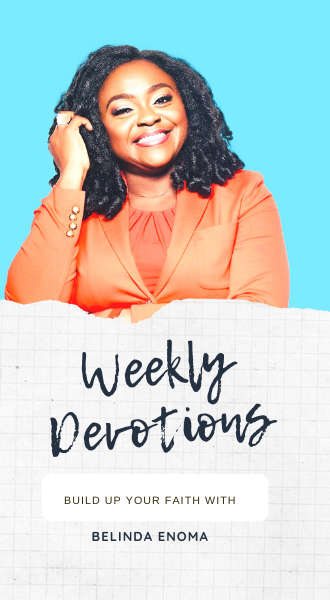